Blog - Latest News
You are here: Home1 / Animation Articles2 / Acting for Animators3 / The Illusion of Life and Acting

In an interesting Slate.com article  (“How Does a Pixar Film Get Made”, March 18, 2015), long-time Pixar layout artist Craig Good provides the studio’s definition of animation like this: 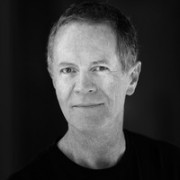 “The definition of animation used at Pixar is ‘to bring something to life.‘  If the audience is convinced that a character’s actions are the result of a thought process, then they will see that character as alive.”

Bringing a character to life is an essential first step for performance animation, but Pixar’s definition of animation does not come close to describing how acting works.  “To bring something to life” is what you do when endowing a character with  “the illusion of life”,  just as Frank Thomas and Ollie Johnston explained, in their essential book The Illusion of Life: Disney Animation on page 507: 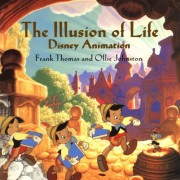 The Illusion of Life Isn’t Enough

Making a character seem “real” or “alive” is where acting begins, not where it ends.  When animating characters, it is important to remember that acting is doing something and that acting has structure.  A character can have an illusion of life, complete with thinking and vivid emotion, and still be boring.  Example: take a look at ths 3-minute compilation of clips from the Disney film Bolt, featuring Rhino the Hamster.

Most of the sequences display no acting at all, just cute anthropomorphic animals hanging out talking, talking, talking and talking some more.  Rhino exudes personality, energy and emotion; he is overflowing with the illusion of life.  The problem is that emotion is not actable.  Illusion of life is not enough.  The underlying challenge in these clips is that the script is weak. It’s a horribly over-written, dialogue-stuffed screenplay, and even Disney’s talented animators couldn’t save it.

Both characters – Hiro and Baymax – have been endowed with the illusion of life but, significantly, they are also doing something, namely trying to get Baymax plugged into a re-charging station.  In order for a sequence to be theatrically valid, a character should have a provable objective.  In this case, reaching the re-charging station is provable because the characters will know whether or not they got there.  A character should be playing actions in pursuit of an objective.  Hiro’s actions are to keep Baymax generally on track to the recharging station.  A theatrically valid sequence also requires conflict – obstacle, something that the character must overcome in order to achieve his objective.  In this case, Baymax’s low-battery status provides plenty of that because he can barely stand up, let alone navigate home where the recharging station is. 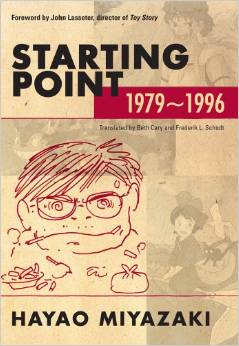 I will depict hatred, but only to show that there is something more valuable.

I will depict a curse to show the joy of liberation from it.

I will depict the boy’s understanding of the girl and the process by which the girl opens her heart to the boy.

In the end, the girl will likely say to the boy: “I love you, Ashitaka.  But I cannot forgive humanity.”

Smiling, the boy will probably say: “That’s all right.  Let’s live together in peace.”

This is the kind of film I want to make.

Ed pioneered Acting for Animators in 1998 while working with the animators at PDI/DreamWorks in northern California. Since then he has presented his masterclass at most major animation studios and game companies internationally. Ed’s book Acting for Animators, now in it’s 3rd edition, is a required text for animators in training everywhere. Ed is a DeTao Master with the Beijing Masters Academy in China and a featured speaker at animation events around the world: FMX in Stuttgart, Germany, Animex in England, Siggraph, the Game Developers Convention and many more. 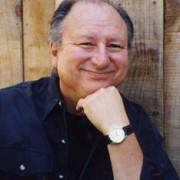 Anatomy For Animators 01 – The Human Skeleton and Muscles

How does Disney animation create such realistic images?
Scroll to top